Last week I visited a friend and we discussed grandchildren. Since I’m fairly new to this grandma gig, I listened carefully as she described how the below-age-three kids greet her with a cry of “Grandma!” and rush to hug her while the over-age-four child takes a bit of warm-up time. 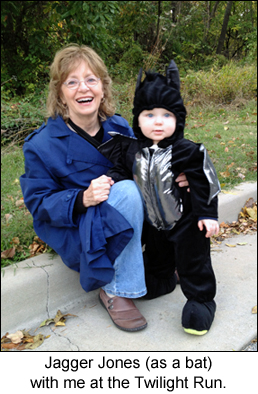 My grandson, Jagger, does The Lean when he’s in an uncertain situation or there are strangers around us. It warms my heart to have him feel I’m there to protect him.

I’ve been familiar with The Lean since I was a teen when Jimmie would come over to play pool in our basement. Between turns, he would stand by me and rest his forearm on my shoulder and say, “You’re just the right height to lean on.” (For those of you I’ve never seen face-to-face, I should explain that I’m four-foot-eight, and I met my husband in high school, although we went separate directions to colleges in different states and dated other people, then he went to Viet Nam, but all that time we wrote letters, which I still have and he doesn’t. But that’s another story.) Anyway, Jim was doing The Lean. And he still does when we play pool in the new room, which is what we’ve continually called our family room since we completed it 27 years ago. But I digress.

I asked another friend if she’d ever noticed The Lean. “Oh, yes,” she said. When she and her 16-year-old son were sitting on an airplane awaiting takeoff, he leaned against her, not head on the shoulder stuff, but just a shoulder-to-shoulder lean for a long moment, then he straightened up. “For comfort,” she decided. She also said if her husband is standing behind her at a business social gathering, she’ll lean back against him, almost as a we-belong-together help-me-get-through-this-evening signal.

This Lean stuff is world-wide. I’ve noticed it on television news where people in foreign lands lean toward each other, sometimes not touching, but mostly there’s a physical connection. And there’s a reason for that. 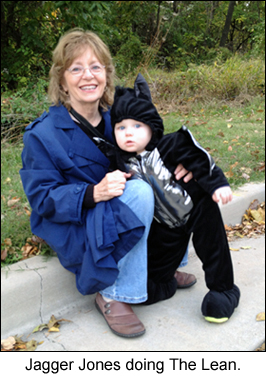 Human touch heals us. For that matter, pet owners would argue that petting their cat or dog soothes them. I’ve read where cuddling kills depression, relieves anxiety, and strengthens the immune system, and I believe that applies to The Lean, too.

After my dad died, my mom said she missed just touching his arm as she walked by him or leaning against him as he sat at the kitchen table. There it is again, The Lean. In her last years, we’d link arms to walk into the doctor’s office, and I noticed her particular smile as she leaned on me.

So, I’m a firm believer in The Lean; let’s do what ever it takes to convey human kindness and caring and comfort. And the next time we meet, we’ll do The Lean. I’m the right height for it.