Ten years before he died, my dad, Raymond Boyd, wrote his memoir, which is one of my prized possessions. He typed his life story on an old computer, and my Xeroxed copy of his dot-matrix original has a few typos. Wanting our sons to read it and learn about their grandpa, I decided to retype it (a page a day) and eventually send them an electronic Word document. Yesterday I typed the part about the Korean Conflict.

When WWII vets like my dad returned home, they were automatically placed in the reserves. Recently I looked at Jimmie’s discharge form (DD-214) which showed he was transferred to the reserves, too. I wonder if that’s still Standard Operating Procedure in today’s military.

Discharged WWII vets had time to find a job and a wife, have some kids, and then their world turned upside down again.

Back in 1950, Dad and Mom had left us kids with relatives for a few hours and driven the 50 miles to Fayetteville, AR, for fall registration at the university. Dad planned to commute his third year in college with a MWF schedule, so he could work Tuesday, Thursday, and Saturday. When they got back to our small town…well, Dad tells it best:

“When we returned to Sulphur Springs, we found that all our plans had been changed. We stopped at the post office to pick up our mail and got the shock of our lives. Mrs. Whaley, the postmistress, asked us if we had been recalled to the Korean Conflict. It had just sprung up in the past month, and no one took it seriously. Well, we began to right that minute. You can get killed just as dead in a conflict as you can in a war. They use the same kind of bullets.

Brother Frank had picked up a registered letter to me, which he had to sign for, and the news was all over town. We were the last to know. We stopped at the garage where he was working, and he was waiting for us. He came waddling out to the car with a big grin on his face to give us the good tidings. I didn’t think it was so damn funny. All I could think about was leaving Dorothy and the kids.

A couple of days later I got orders to report to Biloxi, Mississippi, for a physical and several other things.”

Our lives turned on a dime. Dad ended up stationed in Lubbock, Texas, and Mom, my three-year-old sister, nearly two-year-old me, and my infant brother joined him after a couple weeks.

This morning, I was typing a page about Dad’s job as a crew chief at Reece Air Force Base and the training of the pilots. His plane was called Triple-Niner-Seven.  As he wrote:

“I was assigned an assistant crew chief and a cadet who would start his training in a month or so. Most of the cadets were college graduates. They wanted to learn all they possibly could about the plane they were to take lessons in. I had one that was above all the rest. His name was Jerry Stamm. He was from one of the New England states and was a graduate of Yale. He would work at anything and wanted to fly every time Triple-niner-seven left the ground. I would take him along, and he would explore every inch of the plane. I received a [pilot school] graduation announcement from him after I was discharged. The last we heard, he was flying F-86s.”

I knew he’d be an old man now, but I Googled Jerry Stamm, thinking I could find his address and write him how much Dad thought of him. I found his obituary that said he was a banker and stated, “He graduated from Yale University and was a pilot in the Air Force during the Korean War.” He died when he was 64, back in 1994. His wife and sons were listed as survivors, so I looked them up. I found more obituaries.

I’ve felt an odd grief for someone I didn’t know at all. Just a name in Dad’s memoir. Jerry Stamm, “One that was above all the rest.” Jerry Stamm, “He would work at anything.”

I wish I had met Jerry Stamm. I like knowing good people.

I was lucky to know Raymond Boyd. He was above all the rest. He would work at anything. 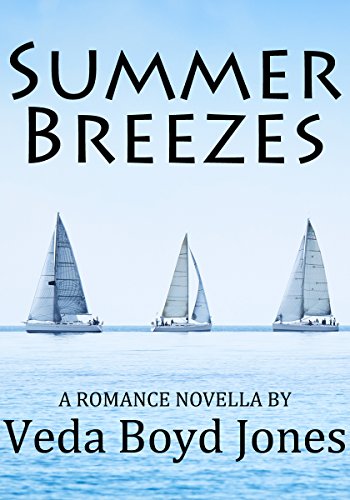 A Peaceful Sail Over a Drowned Town?–Melina Howard wasn’t looking for romance. She was looking for someone to crew in a sailboat regatta, and she thought she had a ringer in former sailing instructor Blake Allen. It should have been a simple afternoon sail, but nothing is simple when you add a family feud, a town drowned deep beneath the lake’s surface, and a patriarch unwilling to forgive and forget. Summer Breezes is the perfect summer read.

Get your copy today on Amazon!