The Queen of England

I was dismayed to learn Elizabeth II has covid, a mild case, but nothing is mild at age 95. Since the time I learned there was an England, there’s been no king. I’ve only known the queen. She’s been a constant in my life.

Okay, I don’t really know her, but I’m only three degrees of separation from her. A friend has met several U.S. presidents, and they’ve all met the queen. Isn’t that three? One degree measures the social distance between you and everyone you know, two degrees from everyone they know, and on down the line.

I’ve glimpsed a few presidents: Truman, at a banquet in Neosho when I was a server and long after he was president; Nixon, in a parade in Denver; Clinton when he was governor in Little Rock; and George Bush (41) when he spoke in Joplin. But I don’t think glimpses count as actually shaking hands, so I can’t count them in the degrees of separation.

I like Queen Elizabeth II. She seems kind and thoughtful. Of course, I’ve seen The Crown on Netflix, but I know the only truths in the series are documented historical events. No one knows what goes on behind closed castle doors, so I don’t take history from a show made to entertain.

The thing is, she seems like one of us. She’s lost people she loved like us commoners, and like common folk who don’t want to shake their family trees, she’s had troubles with relatives.

A friend of mine told me about his good friend’s encounter. I’ll call him Joe for clarity in relating his story. Joe was in Scotland for a hunting trip of some sort. After arrival, he met up with the hunting party, but he was too jet-lagged to participate that day, so started walking back to the hunting lodge, about a mile and a half down a narrow country road. An older woman driving a Range Rover slowed down and asked if he was lost or needed a ride. He explained where he was heading, and at her urging, climbed in the back seat. A man, an employee of hers, was riding shotgun.

Joe didn’t immediately know who she was, since who would expect Her Royal Majesty to be driving by and stop and pick up a stranger. They chatted about the hunt and his job back in the States, and just generally hit it off. She invited him to join the family for tea the next day, so Joe went to Balmoral Castle for a cup.

Elizabeth II has held her job for 70 years. It’s not a job I’d want. Making small talk to strangers at ribbon cuttings and dedications and smiling constantly would wear me out. Not being allowed to drive anywhere alone would be a downer. I’m not tactful enough to meet weekly with arrogant politicians, but she seems pretty good at it.

So I fervently say, “God Save the Queen.” 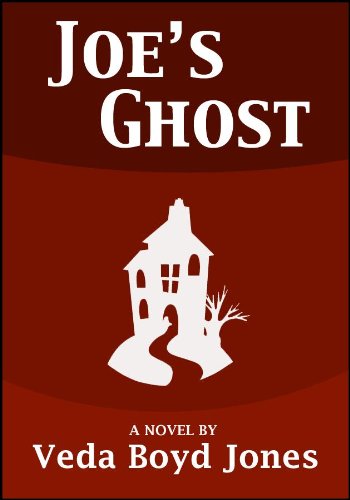 Joe Murray had a life in California for thirty years–in films. Oh, he was never the hero, but he had steady work as the hero’s sidekick. Then he suffered a stroke at age 52. Could have been worse, he knew that. He could walk, he could talk, but he had difficulty remembering lines. Five years earlier he had inherited his aunt’s old home in Missouri, where he had visited every summer of his childhood. Now he retreats there to open a bed and breakfast with an older friend, Scott, a former pilot.

Buster runs the contracting company hired to remodel the old Pope place into a bed and breakfast. Working in what the town has always referred to as a haunted mansion doesn’t scare him. But he wonders, is it just superstition or is something supernatural going on in the old house?

Claire owns the local bar on South Main Street. The Idle Hour is only blocks from Joe’s house, a great place for Miller Time. She’s a single mom, a former schoolteacher, and is a disappointment to her mother. But Claire wants to own her own life, not a life laid out by someone else.

Joe’s Ghost is a story of hope and forgiveness as these folks come to grips with where their lives are heading and how to deal with changes they didn’t choose.

Get your copy of Joe’s Ghost today!