For many years the day after Thanksgiving tradition was for Jim and the boys to rake the leaves and get them to the curb for the city to pick up the next week. Since it’s fallen just to me, it takes a lot longer than one day to rake the yard.

In the past couple years I’ve had the lawn mowers mulch the leaves. They do a good job with the yard, but around the edges, although they blow leaves from the bushes and that gets a lot of them, what now remains way down under the lower branches are four years of decaying leaves.

I’ve been pulling those old leaves out from under the bushes, tongs of my rake getting stuck time and again on vines.

These are no ordinary vines. They have spines and they hurt, even through my hand-me-down leather gloves.

I need to backtrack a bit. A couple summers ago I noticed that the ground cover English ivy had started climbing the three trees that crown the top of the rock garden. Why had that ivy started tacking itself to the bark? It had never done that before.

Then I had an epiphany. Jim had taken care of the outdoors. He had never allowed the vine to take to the three trees. On our morning walks, he would comment if he saw killer vines choking the life out of a neighborhood tree.

Now as I was going deep under scraggly bushes that had grown up around trees on the edges of our yard, I saw with horror that those sticker vines had grown up, up, up into the trees. I heaved the big clippers out of the workshop and cut the vines at ground level. That’s nipping them now, and in the spring they’ll be easier to pull out.

Was I in such a fog through Jim’s illness and after that I failed to see the trees bordering our yard? I think I was. I know I told him how great the yard looked after he mowed and trimmed and raked. But was I appreciative enough? When I trim the big bush by the shed, I send a picture to my sister to show my huge accomplishment. It’s that big a deal to me. Was it to him?

There are many things I’ve taken for granted in my life, and now I’ve added this to my list. I’ve neglected this place that I love. But I will do better. I’m already thinking of resolutions for 2020. I’ll tackle one foot of our border a day, filling a trash bag with dead vines and sticks and poor rotten leaves. It will take many months to prune this yard back to where it was when Jim was its caretaker, but I will do it. Okay, not a foot a day. That’s a bit ambitious. There will be snow and rain and cold, but I will make a real effort to tame this acre again.

We neglect many things in our lives. Some are simple things like not vacuuming out the car when it needs it, not filling the bird feeder when it’s empty, not pulling vines when they first come up. But I know the more important things we sometimes neglect are people. Friends and family. We need to cut the sticker vines out of old relationships so they can grow strong. It only takes an email or a text to keep in touch and maybe plan a visit. I intend to do better. And you?

P.S. It’s beginning to look a lot like Christmas. My 2019 Christmas e-book, The Christmas Parade, is available on Amazon. Reviews very much appreciated. 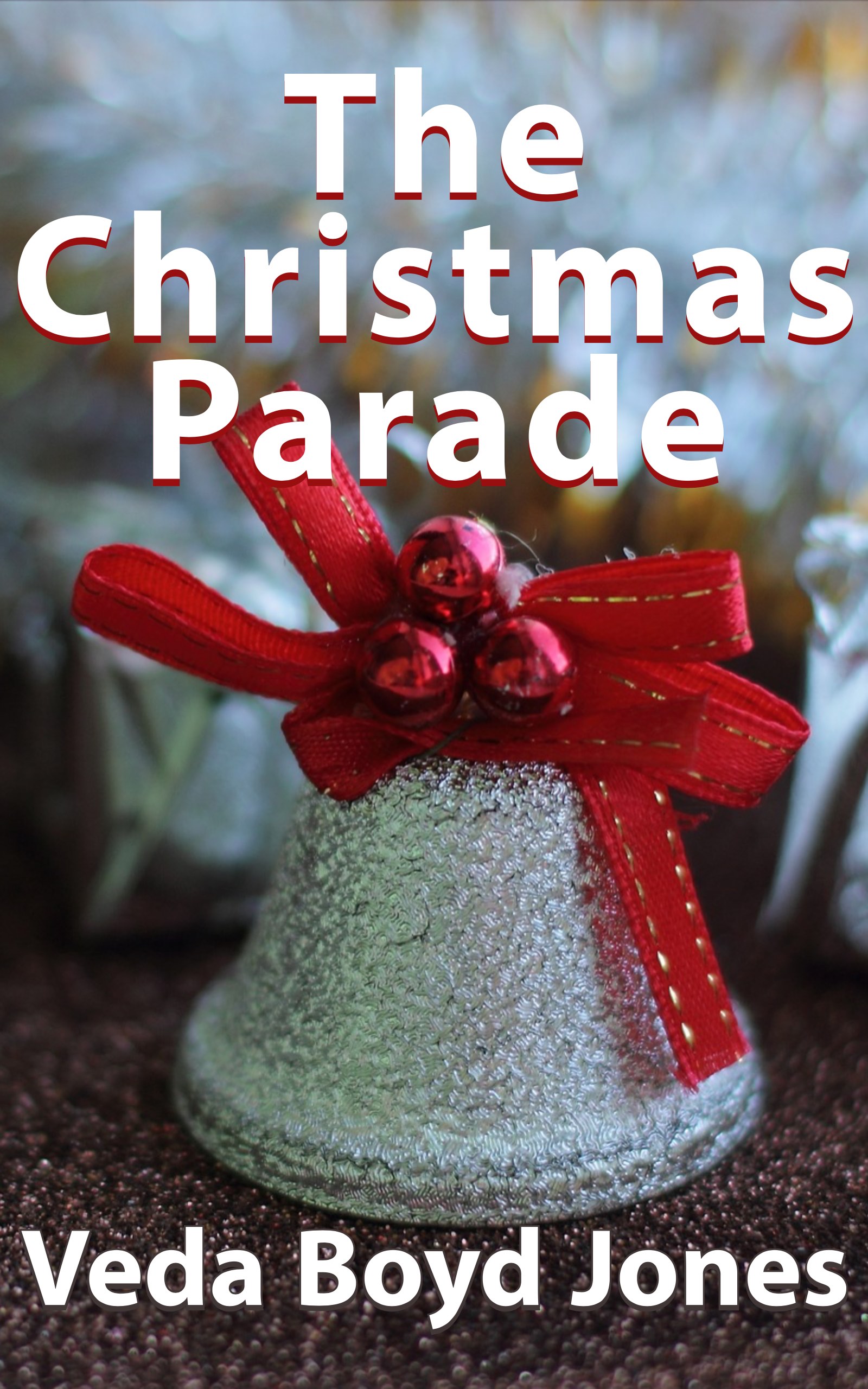 to spearhead the Christmas parade, he’s at a loss how to even

negative attitude toward men. How will that Christmas parade

ever march successfully down Main Street?